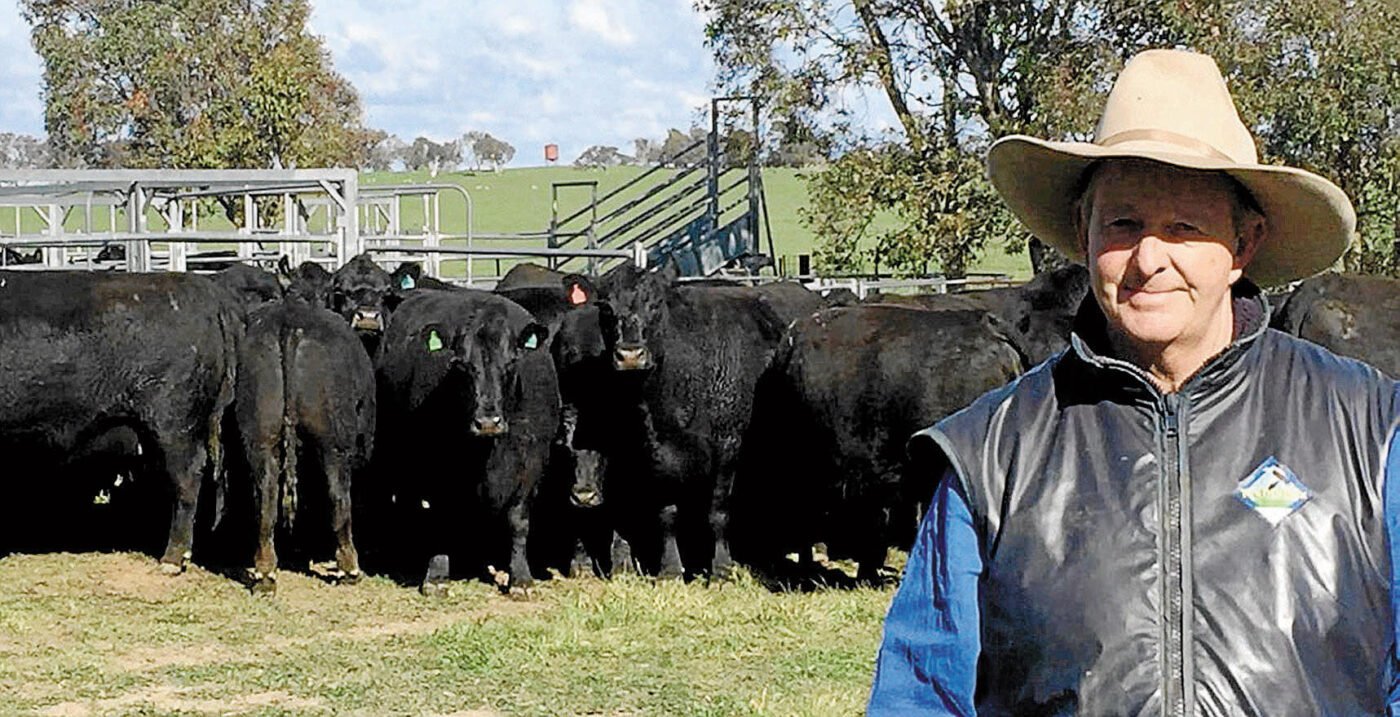 Maintaining a consistent type is key for the pure Angus herd based at Kippilaw, west of Goulburn, NSW.

About 1200 breeders, down from 1400 after destocking during drought, are run on 3440 hectares over six properties in the Goulburn district. Owner Lee Macarthur Onslow has been breeding Angus cattle on the Southern Tablelands for almost 30 years, with the foundation herd based on Hazeldean bloodlines, but for the past 10 years they’ve used predominantly Bannaby genetics, with some Myanga bulls used. Manager Roger Robertson said sires used in the herd from Bannaby included bloodlines from Te Mania Infinity, Matauri Reality, and Te Mania Daiquiri, with the focus on maintaining consistent type.

“Keith (Kerridge) and Glynn (Langford) at Bannaby Angus pay great attention to detail in regards to sires used and their performance,” Mr Robertson said. “Their cattle always have really strong figures in regards to milk, calving, IMF (intramuscular fat), EMA (eye muscle area) and growth. We’ve been more than impressed with the bulls and their progeny particularly in regards to their temperament and their ability to perform in all conditions. We have noticed great improvement in our calves in depth, softness and muscle while maintaining correct conformation and type.”

Progeny is targeted at the feeder market, either sold directly to feedlots or through the South Eastern Livestock Exchange at Yass, where there’s feedlot and restocker demand. “We’re lucky to have the assistance of our agent Steve Ridley at Elders. He’s given us a lot of advice to help with the future direction of the herd, along with the marketing of our cattle and bull selection,” Mr Robertson said.

We have noticed great improvement in our calves in depth, softness and muscle while maintaining correct conformation and type.

“Because we run all cows we’re trying to get as much weight in the calves as possible at nine to 10 months, but we’re flexible on the market depending on the season and market levels. In normal conditions we can turn them off pretty easily at 280kg to 300kg, but sometimes we carry steers through to heavier weights on cropping on various properties.” Mr Robertson handfed cattle for three years through drought, but the calves were still able to gain weight.

“We fed a lot of hay and silage, but the breeders have maintained their condition and we’ve been able to turn off all our calves above 300 kilograms,” he said. “That’s a combination of genetics and feeding – you’ve got to get the genetics right. After three years of drought, they still have good growth and milk, while maintaining their condition.” The properties have a mix of native and improved pastures, including phalaris, cocksfoot and clovers, with heavy fertiliser input on most of the country.

Mr Robertson also grows oats through winter and brassica and millet in spring and summer. All calves are yard-weaned for two to three weeks at Kippilaw, where they’re introduced to hay.

“We feed hay to our weaners for three to four weeks to get them through the weaning period, and they can go into the feedlot market pre-conditioned.” Heifer calves are sold to restockers or feedlots, with only a small percentage of heifer calves retained in the Kippilaw herd.

“We select pretty hard on our replacements, but at the moment we’re putting aside a few more heifers than normal,” Mr Robertson said. “If the season doesn’t go the way we like we can sell them on, or keep them as breeders. At this stage we’re not looking to rebuild, but just maintain our numbers. “Instead, we’ll focus on producing heavier calves. We aim for 350kg to 400kg at the moment, so we will carry our weaners on crop and improved pastures to gain the extra weight prior to selling in the current seasonal conditions.”